Bremont introduces the Argonaut Azure to the Armed Forces collection 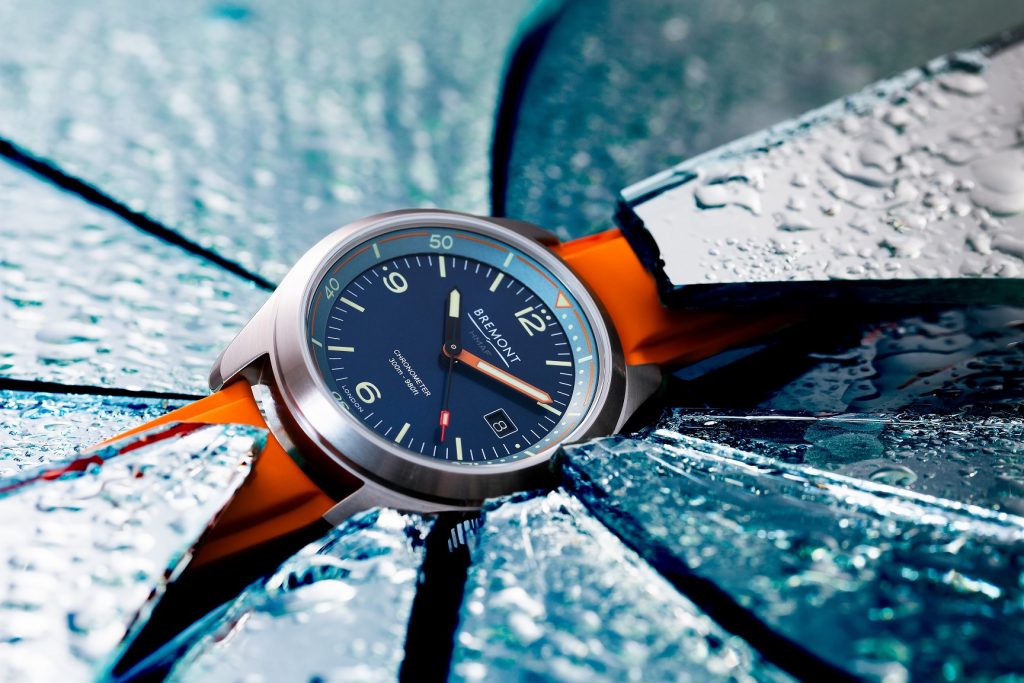 The Collection is a series of chronometer-rated timepieces inspired by the original ‘Dirty Dozen’ watches, which were commissioned for the British Army during WWII when the Ministry of Defense needed watches to distribute to military troops.

The striking new blue dialed Argonaut Azure is a military dive watch with a 42mm hardened steel casing and a three-handed chronometer rated BE-92AV movement. The internal rotating bezel is controlled by a lockable crown at 4 o’clock. And since minutes are so crucial in the marine environment, the legibility of both the hands and dial were important during the design process.

The Argonaut Azure maintains the Collection’s utilitarian principles while incorporating some ocean blue hues that help the dial and hands stand out clearly against one other, whether on land or at sea; this is enhanced by the use of a highly legible orange minute hand. The Argonaut is a Greek mythology-inspired name that has long been associated with the Navy, having appeared on Commissioned ships for about 250 years. 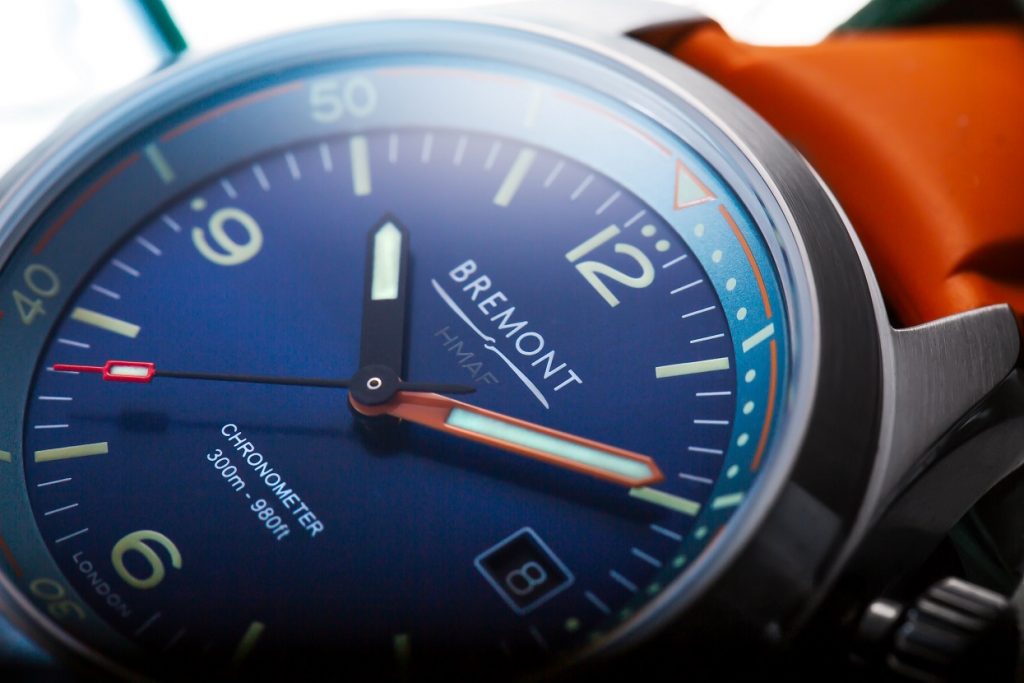 The automatic chronometer features a 42 hour power reserve and a Bremont moulded, skeletonised decorated rotor. It is water resistant to 30 ATM, 300 meters. Bremont is the only luxury watchmaker authorized to utilize the signs, symbols, and Heraldic Badges of all three services as a result of its partnership with the Ministry of Defence. For the first time, citizens were able to acquire official Bremont Military timepieces. The original Argonaut was a crucial part of the company’s initial product offering, and all watches in the line are built to the same exacting performance standards as the original Dirty Dozen, which included waterproofing, chronometer regulation, luminous dial markings, and a robust case construction. 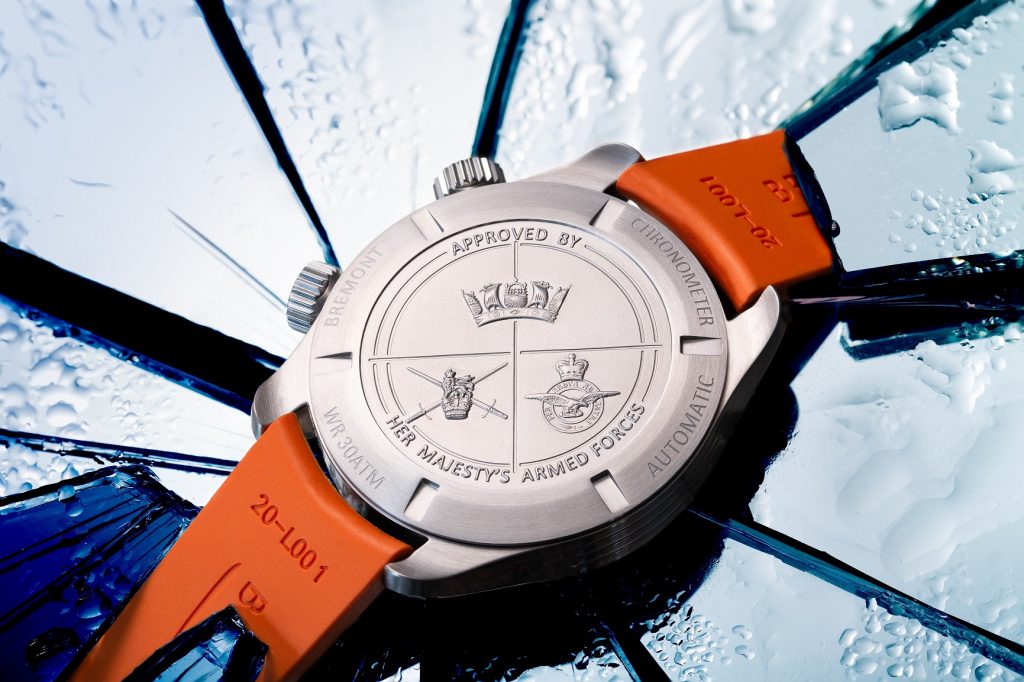 While the timepieces in Bremont’s Armed Forces Collection are dedicated to distinct military branches, they all have the three services’ combined historic and Heraldic Badges prominently stamped on the case backs. These, like all Bremont watches, are made at the company’s headquarters in Henley-on-Thames, United Kingdom. Shop the Argonaut Azure timepiece here.

Post Views: 557
Enquire now We will inform you when this item is available for purchase. Please provide your contact details below.