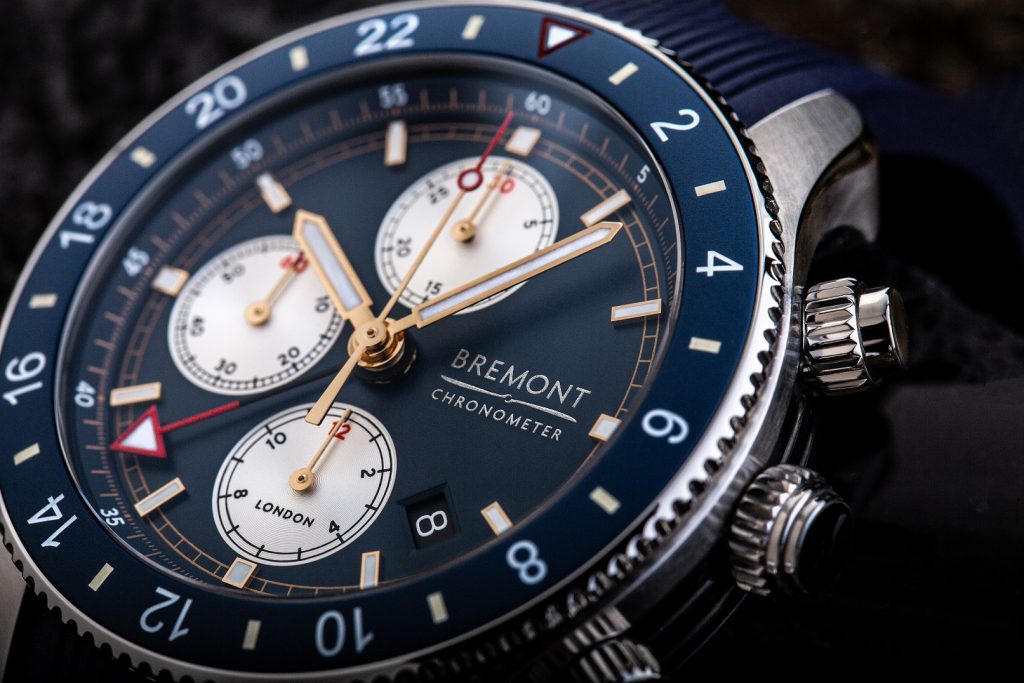 The new Supermarine Chrono’s 43mm case has been meticulously designed with a great deal of attention to detail. The three-piece case design, which includes a DLC coated central case barrel, is Bremont’s hallmark style, but the slim 15.8mm case is unusual for a sports chronograph, which is usually housed in something considerably bulkier. The Supermarine Chrono features a La Joux Perret 7754 calibre chronograph movement with GMT functionality, making it suitable for both global adventurers and style seekers.

The Supermarine Chrono can be worn with a rubber strap or an integrated bracelet. The clear bronze hands are filled with Superluminova for increased readability, and the watch is water resistant to 200 meters even with the sapphire crystal open case back. The Bremont Supermarine dive collection pays homage to the legendary British aircraft manufacturer known for the Supermarine S6B Schneider Trophy Seaplane and, of course, the legendary Supermarine Spitfire.

The watch comes with a bi-directional ceramic and etched bezel that clearly displays the markers for the 24-hour functionality and is available in both black and blue dials.

Working with extreme adventurers and explorers has always been an important aspect of the Bremont brand DNA and product testing. Elite military squadrons and top dive units throughout the world have carefully tested the unique design and its ability to resist harsh circumstances in the field.

Jason Fox, a former Royal Marine Commando, former Special Forces Sergeant, and current star of ‘SAS: Who Dares Wins,’ is the newest ambassador to join Bremont’s remarkable lineup. On the hit TV show ‘SAS: Who Dares Wins,’ Jason trains recruits through the most grueling of trials. In addition, he is also a best-selling author. Jason joined the military when he was 16 years old and served for 20 years, soaring through the Special Forces selection process. To name a few of his many amazing accomplishments, he has planned and directed hostage rescue, counter-terrorism, counter-insurgency, maritime counter-terrorism, surveillance, bodyguarding, and counter-narcotic missions. Jason will be wearing the new Supermarine Chrono as part of his role as an official Bremont ambassador.

Jason Fox quoted, “As a long-standing friend of the brand I’ve been familiar with the product range for some time and have been wearing Bremont for a number of years already. I have been ‘tested beyond endurance’ my entire life so can fully relate to the brand ethos. I admire and respect what Nick and Giles (Bremont Co-Founders) have managed to achieve, and I can vouch for the quality of the product which has never let me down to date. The Supermarine Chrono is tough, durable, easy to read in hectic situations, reliable in tough situations and it looks slick.”

Giles English, Bremont Co-Founder adds, “We are delighted to be offering a chronograph into this line of distinct and robust dive watches. We are also honoured to have such a Special Forces expert with an incredible list of missions under his belt formally join the Bremont family. Jason’s physical and psychological resilience is completely mind blowing and inspirational. The fact that he has chosen to work with us as a brand is a true testament to the design and capabilities of our watches to be ‘Tested Beyond Endurance’. The rugged yet reliable Supermarine Chrono is the perfect choice for a truly remarkable man.” 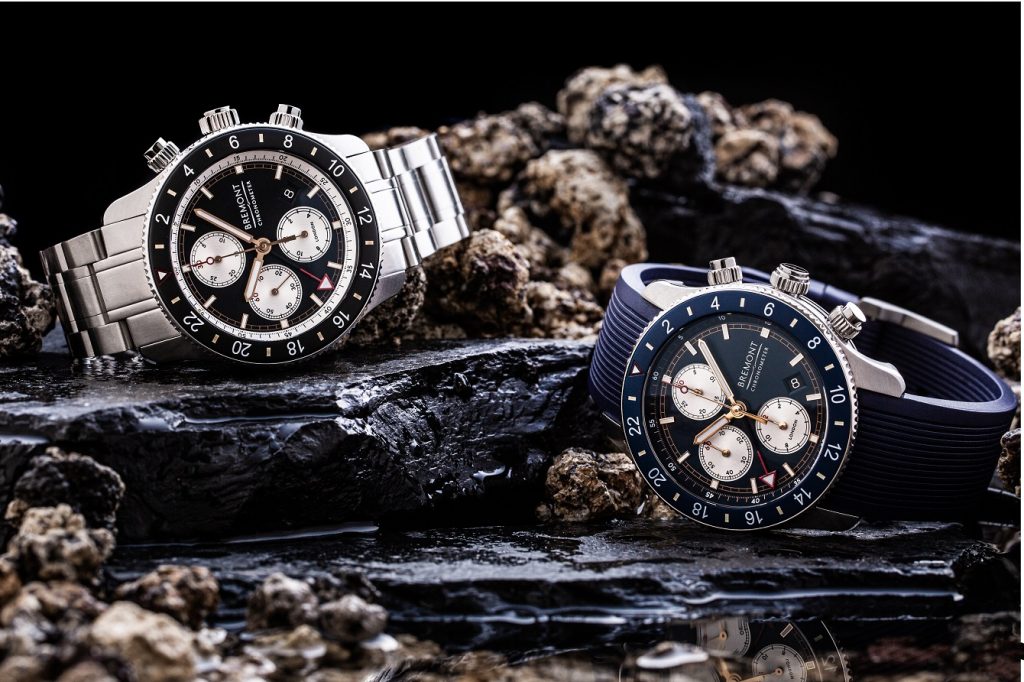 Post Views: 421
Enquire now We will inform you when this item is available for purchase. Please provide your contact details below.