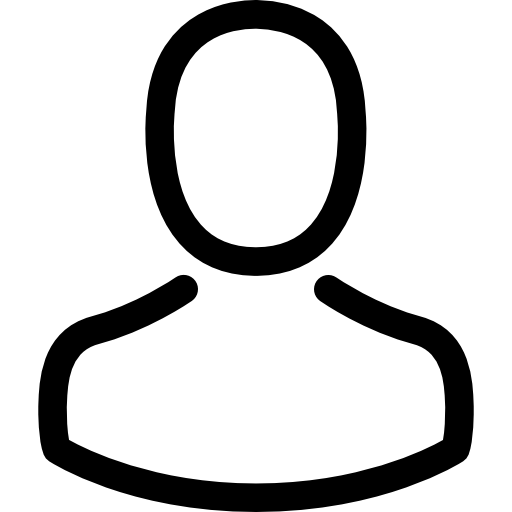 OMEGA Seamaster Diver 300M: The history behind the legend 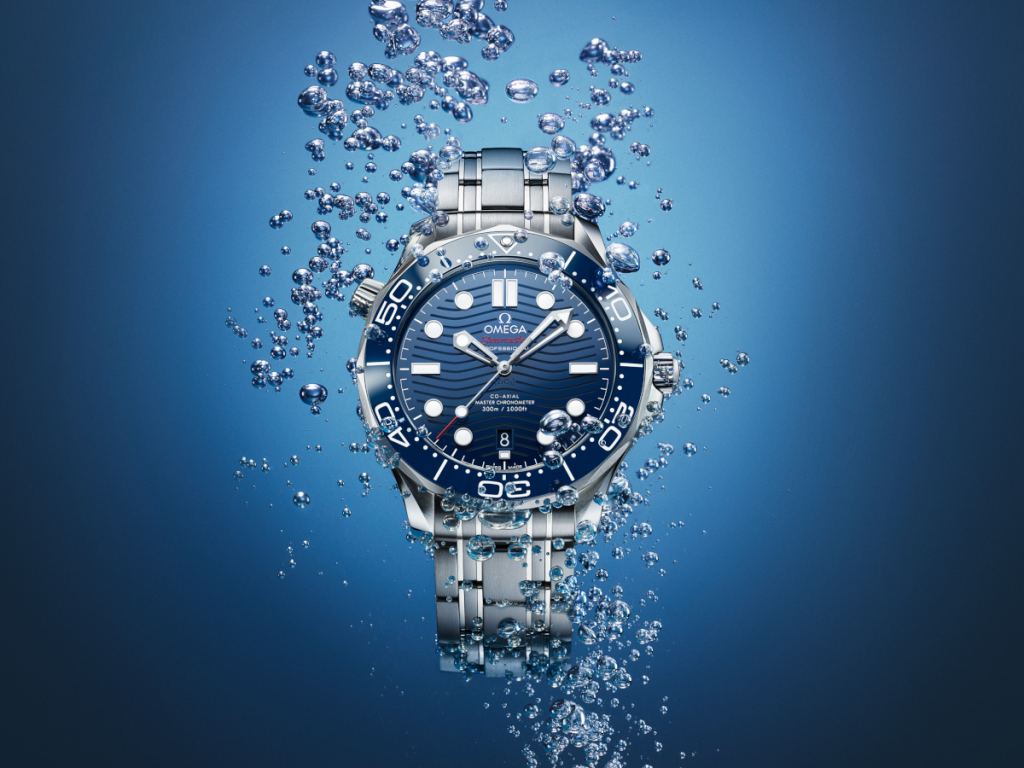 Sized at 42mm, the new Diver 300M has been given a Master Chronometer Calibre 8800, catapulting the entire collection into a realm of higher performance, precision and magnetic resistance. Every aspect of the design has been rethought and updated with OMEGA’s signature innovation and design.

The dials are made from polished ceramic, and are available in blue or black. The dials also feature laser-engraved waves, a nod to a popular aspect of the original design. To keep track of the days, the Diver 300M has a date window at 6 o’clock. The iconic diving bezel now comes in ceramic too, with the diving scale in Ceragold™ or white enamel, for long-lasting whiteness and durability.

The timepieces are presented on the iconic metal bracelet or an integrated black rubber strap. A quick glance at the back of the watch reveals sapphire crystal and the wave-patterned edge of the caseback, through which the METAS-approved movement can be seen.

We can’t all be divers, but for those of us who do strap on the tanks, the OMEGA Seamaster Diver 300M is well equipped for adventures beneath the waves.

For divers, measuring time spend underwater is a matter of life and death. The iconic diving bezel has been refreshed with a brand new twist. It is now made from ceramic with the diving scale in Ceragold™ or white enamel, complete with a luminescent dot at 12 o’clock. In addition, all 12 indexes and hands have been filled with Super-LumiNova, to ensure that time is always visible, even when in murky conditions.

To ensure that the watch stays put, the metal bracelets feature OMEGA’s patented extendable foldover rack-and-pusher with a practical diver extension, ensuring that there’s allowance for the thickness of a diving suit.
Professional divers know the importance of setting helium molecules free. The alternative is allowing them to expand during decompression, causing the crystal face and caseback to pop. One of the central features of the watch has always been its helium escape valve. The valve now comes in a conical shape and has been updated with a patented new technology. In short, even if the helium escape valve is unintentionally opened underwater, the Diver 300M is guaranteed to remain water-resistant, up to 5 bar.

As for water resistance, that can all be found in the name. That is pretty self-explanatory, seeing as how we’re talking about the OMEGA Seamaster Diver 300M.

On The Wrists of Legends

The Seamaster Diver 300M was first launched in 1993, to immediate success. Its technical prowess and design accelerated its popularity among athletes, divers, researchers, and most notably, a world famous movie spy.

A brief look at some milestones throughout history: 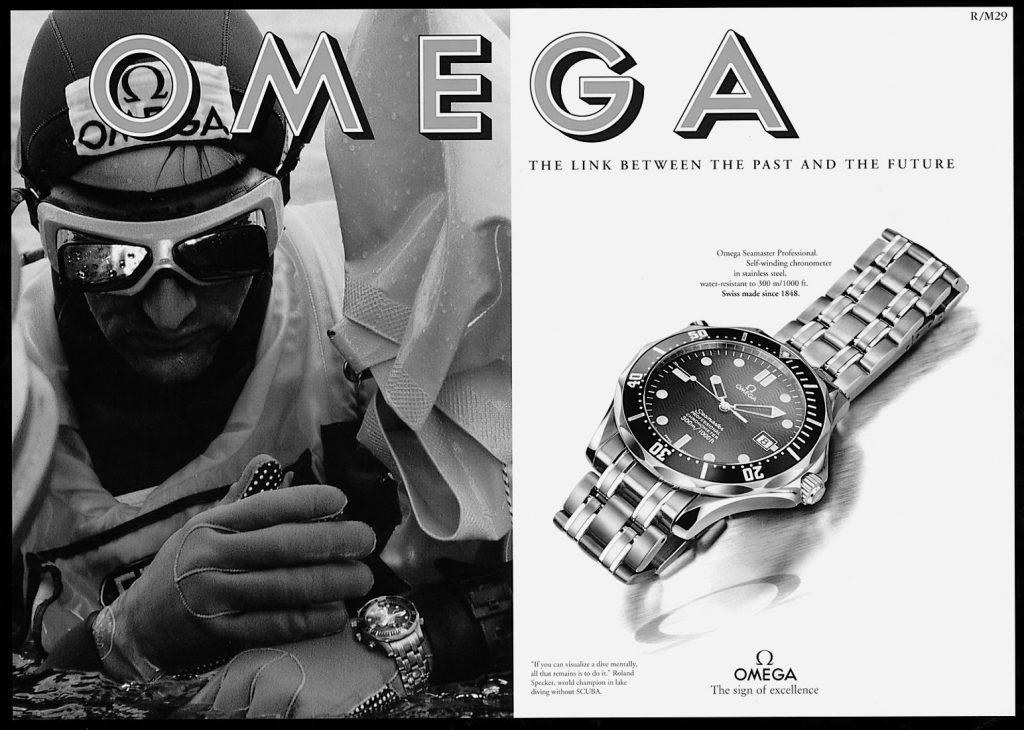 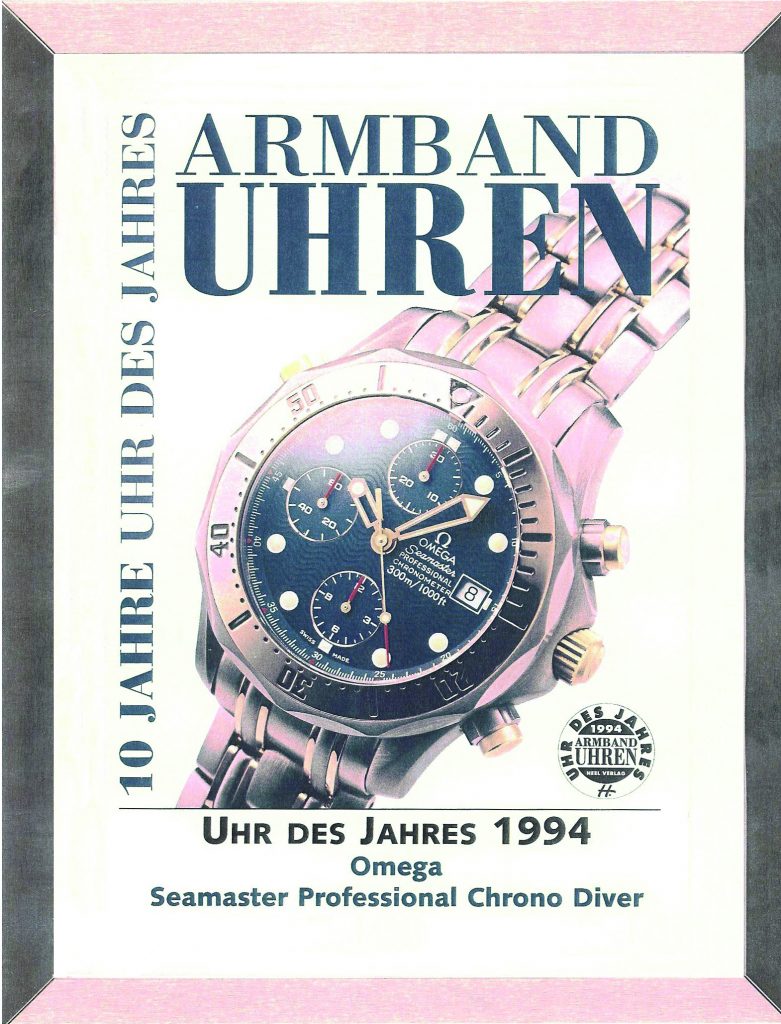 1995: The legendary Sir Peter Blake, alongside several sailors of Team New Zealand, wore the Diver 300M as they made sailing history with an unforgettable victory at the America’s Cup.

1995: James Bond strapped on a Seamaster Diver 300M for the first time in GoldenEye, kickstarting one of OMEGA’s most notable and enduring partnerships. 007 and his watch became synonymous in the eyes of pop culture and society. 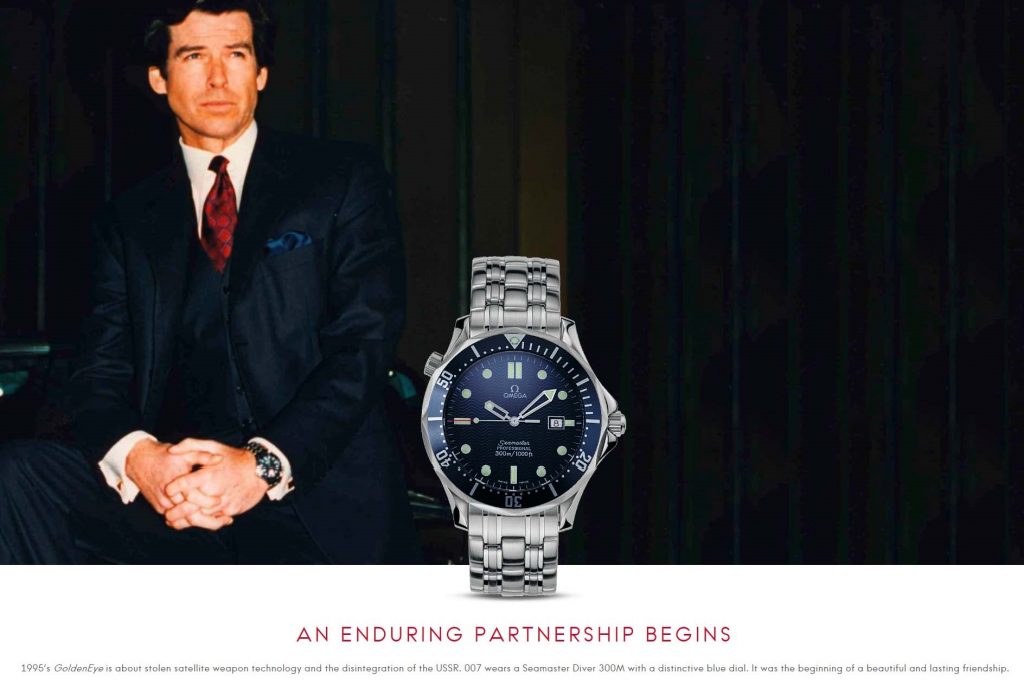 1996: At an altitude of 3000m, in Lake Theodule at the foot of the Matterhorn, the instructors of Ice Rock Club of Zermatt successfully tested the Seamaster Diver 300M in freezing waters, providing its ability to perform in the toughest of conditions.

1997: It’s not just for divers. The Seamaster Diver 300M is the preferred choice for international athletes and sport stars such as tennis champion Martina Hingis and swimmer Alexander Popov. 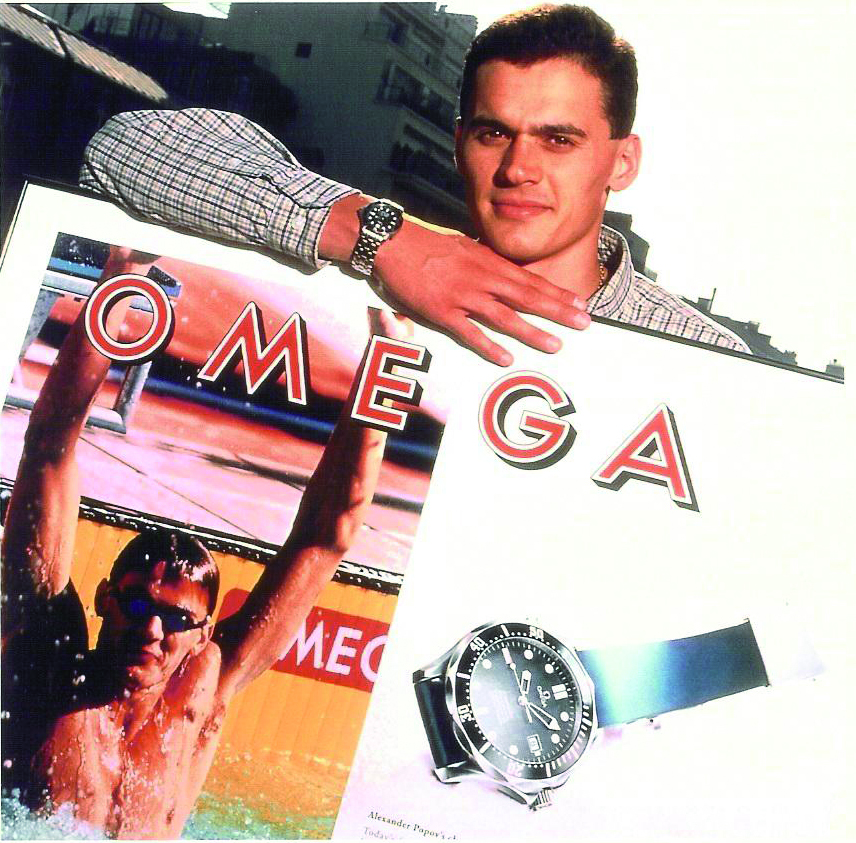 2000: Sir Peter Blake created the notable Blakexpeditions foundation, dedicated to researching ecological and marine issues all around the world. Their boat was called the Seamaster, and it only made sense that the Blakexpeditions wore the Seamaster Diver 300M for their important work and research. 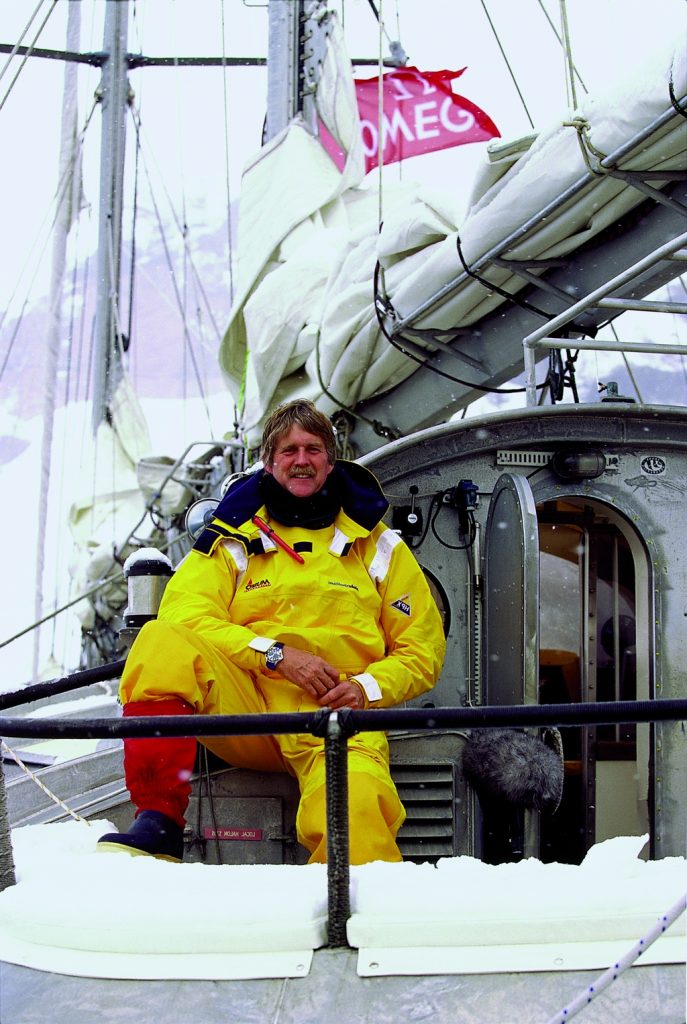 2006 and beyond: A new James Bond, the same iconic watch. Daniel Craig wore the Seamaster Diver 300M when he charmed the world in Casino Royale. To date, the Seamaster and other OMEGA watches have featured in 9 James Bond movies.

The Seamaster Diver 300M has a rich and vibrant history, with indubitably more years of fame and renown to come. Shop the entire collection here.

Founded in 1848, OMEGA has been synonymous with excellence, innovation and precision. Faithful to its original pioneering spirit, OMEGA continues to make technical and watchmaking history with innovation in areas as diverse as sports timing, precision technology and design. Shop OMEGA watches here.

Post Views: 3,795
Enquire now We will inform you when this item is available for purchase. Please provide your contact details below.