OMEGA Speedmaster Dark Side Of The Moon

The adventures of the Apollo 8 astronauts in 1968 left a legacy that echoes throughout society and culture to this very day. The Speedmaster Professional Chronographs were worn by every Apollo astronauts, the black ceramic Co-Axial Speedmaster is an eternal nod to the first people to ever see the dark side of the moon with their own eyes. Its very name brings to mind the mystique and allure of space, the final frontier. 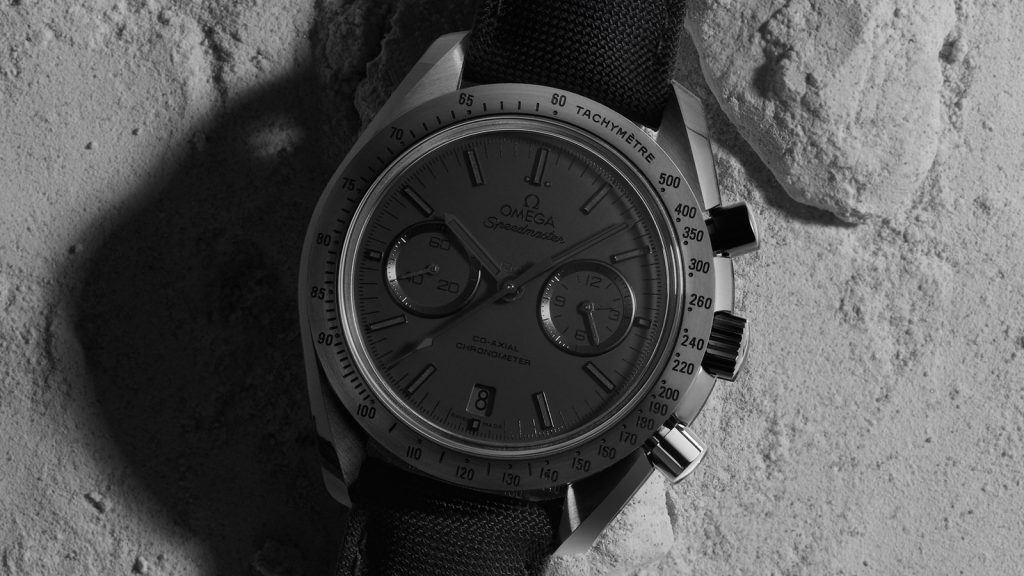 OMEGA Speedmaster Dark Side of the Moon “Black Black”

The OMEGA Speedmaster Dark Side of the Moon “Black Black” is the product of revolutionary technologies – it is crafted from a single block of black zirconium oxide ceramic. The matt black ceramic dial is complemented by a 44.25mm case with a brushed and polished ceramic casebody. The two polished ceramic chronograph control pushers on the case independently, ensuring there is no risk to the chronograph mechanism as a result of accidental or unintended manipulation.

The “Black Black” features a black ceramic clasp on a black coated nylon fabric strap. This timepiece is named as such thanks to its brushed blackened Moonwatch-style hands and blackened applied indexes – all of which are coated with black Super-LumiNova to ensure clear visibility even in the dark. The sub-dials at 3 and 9 o’clock are both matt black too, and the black ceramic bezel features a black lacquered tachymeter scale. Similar to the other timepieces in this collection, the OMEGA Speedmaster Dark Side of the Moon “Black Black” is built with the OMEGA Co-Axial calibre 9300. 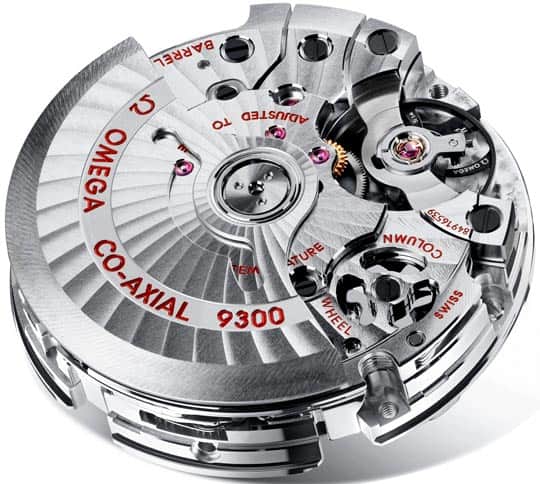 Complete with an innovative column wheel mechanism and Si14 silicon balance spring, the OMEGA Co-Axial calibre 9300 is the first of OMEGA’s in-house movements to incorporate a chronograph function. The sub-dial at 3 o’clock includes both the 12-hour and 60-minute counter hands, allowing for an intuitive reading of the recorded time. The calibre features 2 barrels mounted in series, automatic winding in both directions and a power reserve of 60 hours. The OMEGA Co-Axial calibre 9300 has a rhodium plated finish with exclusive Geneva waves in arabesque.

It’s always been in the nature of mankind to wonder about the unknown. Keep the mystique of the moon alive, shop the OMEGA Speedmaster Dark Side Of The Moon “Black Black” here.

Founded in 1848, OMEGA has been synonymous with excellence, innovation and precision. Faithful to its original pioneering spirit, OMEGA continues to make technical and watchmaking history with innovation in areas as diverse as sports timing, precision technology and design. Shop OMEGA watches here.

Post Views: 1,101
Enquire now We will inform you when this item is available for purchase. Please provide your contact details below.