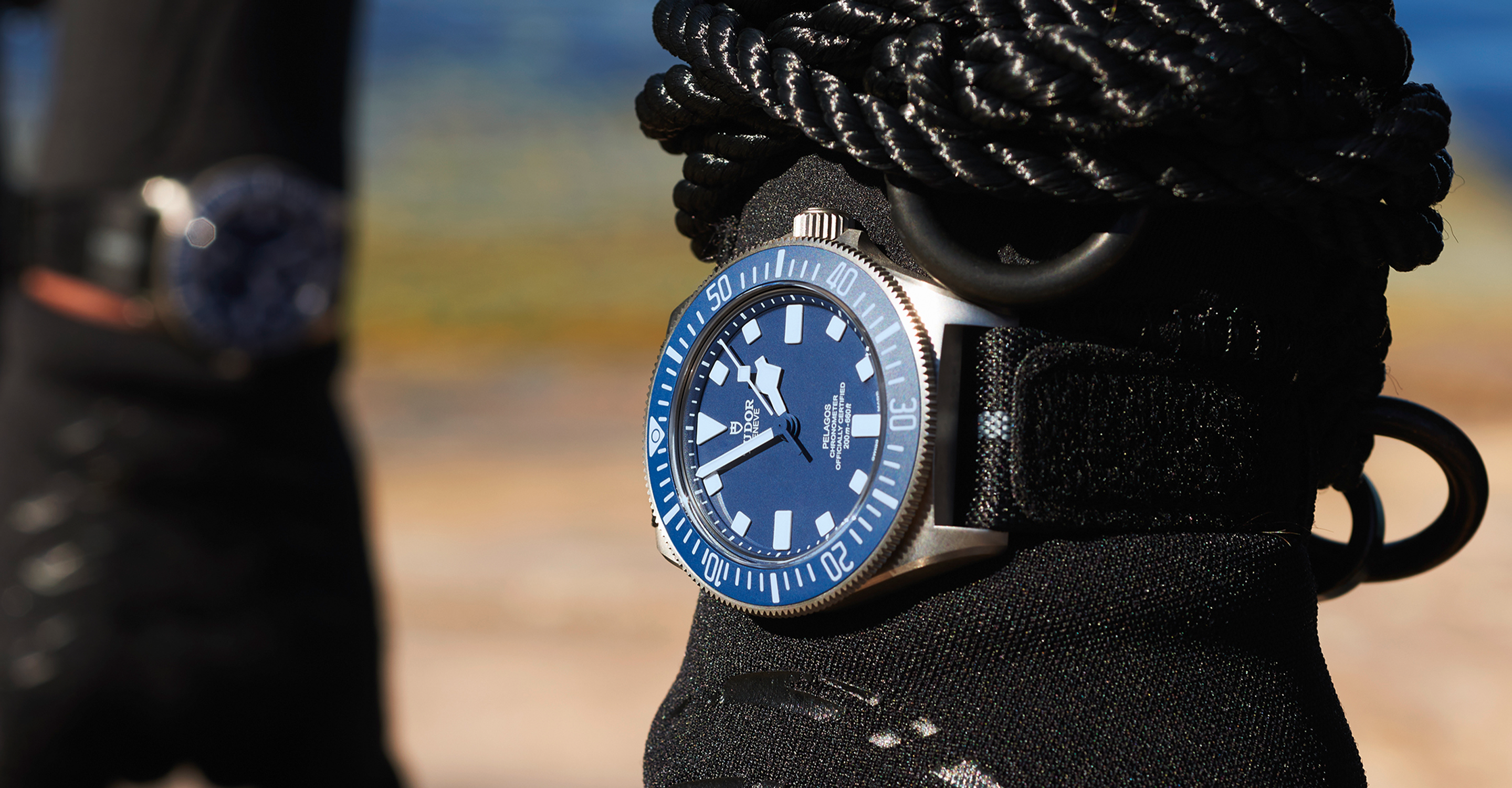 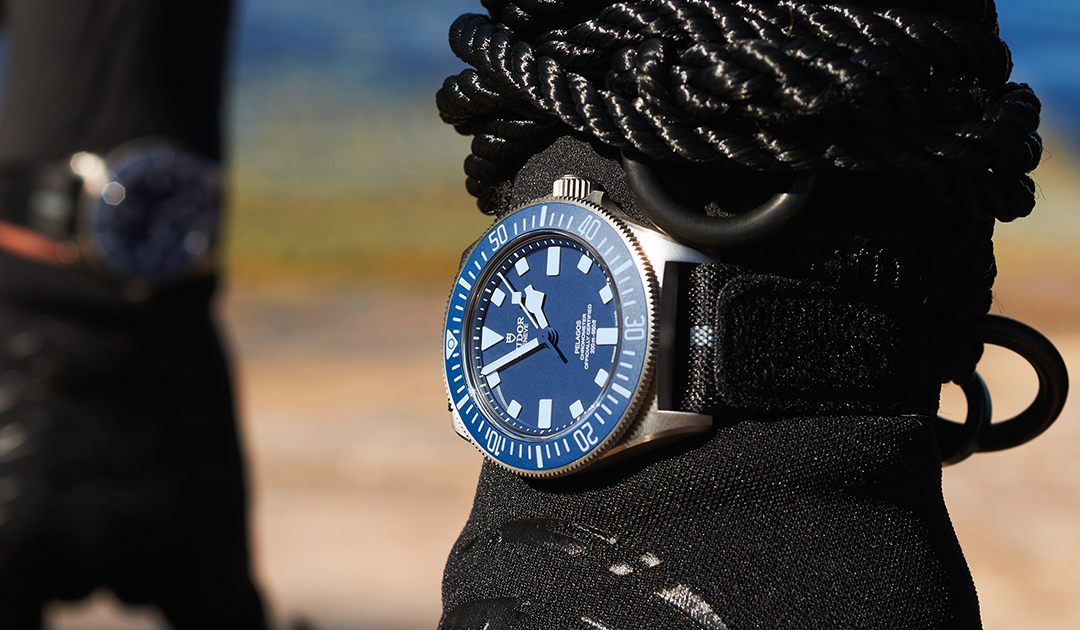 Developed in collaboration with a specialist unit of the French Navy, the Pelagos FXD is designed for underwater navigation and is optimised for professional use. TUDOR presents a technical watch that meets a unique set of specifications, developed in conjunction with the French Navy’s combat swimmers – the prestigious Commando Hubert.

Tudor's History with the French Navy

TUDOR’s relationship with the French Navy, also known as the Marine Nationale, dates back to 1956, when the Groupe d’Étude et de Recherches Sous-Marines (G.E.R.S.), a scientific body attached to the French Navy, took delivery of Oyster Prince Submariner watches in order to assess them in real-life situations. The waterproofness of these watches was judged to be “perfect” and their performance “entirely correct” by the G.E.R.S. commanding officer at the time. More orders were placed, with TUDOR attaining the status of “official supplier to the French Navy” in 1961. 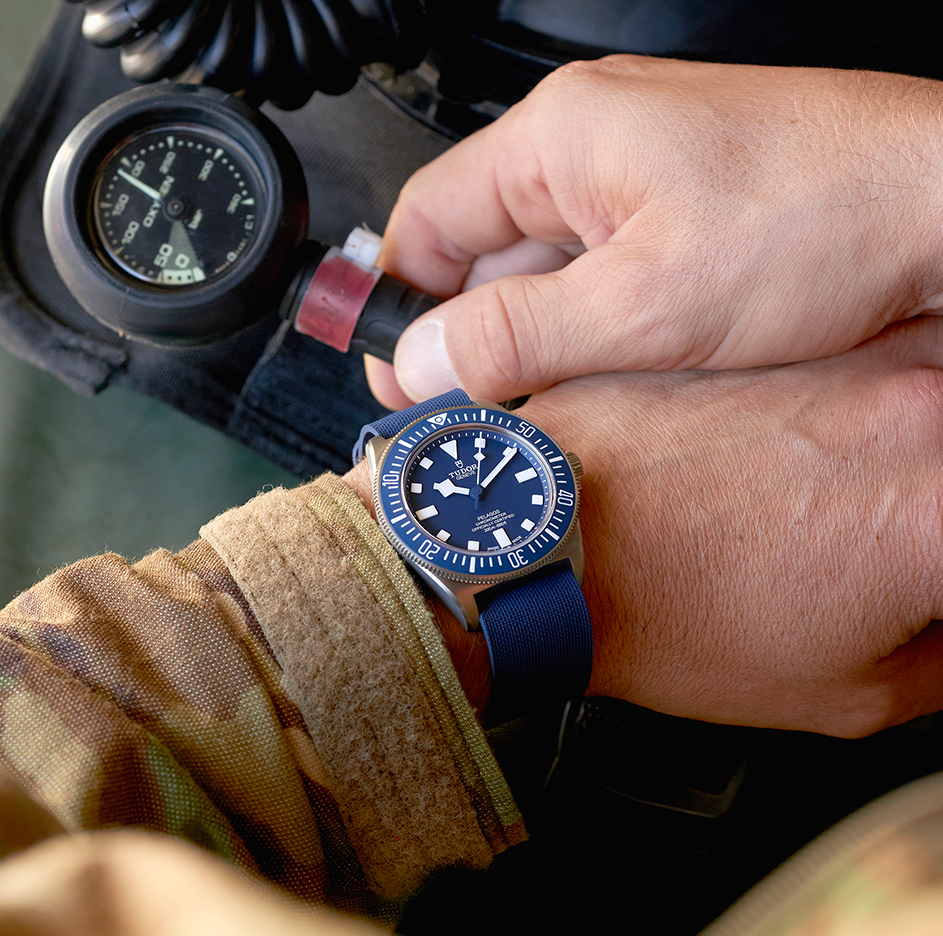 The French Navy would use many of the brand’s timepieces over the following decades – the most famous being the reference 9401, a TUDOR divers’ watch with an iconic blue dial and bezel. Engraved on the case back with the initials “M.N.” followed by the year of issue, the watches were delivered in two configurations, “Snowflake” hands and hour markers and later, with triangular hour markers. This model was launched in the mid-’70s and was supplied to the French Navy until the 1980s. It continued to be used into the 21st century, particularly at the French Navy’s diving school, as well as by combat swimmers. Although officially removed from the French Navy’s supply stocks some twenty years ago, it can still be seen on the wrists of reserve and retired sailors alike. The Pelagos FXD model is inspired by this emblematic reference.

A Unique Set of Specifications

Developed in conjunction with the French Navy’s combat swimmers, the Pelagos FXD model is based on a set of specifications that are as precise as they are demanding. For this reason, it includes many functional features that are new to TUDOR, such as: 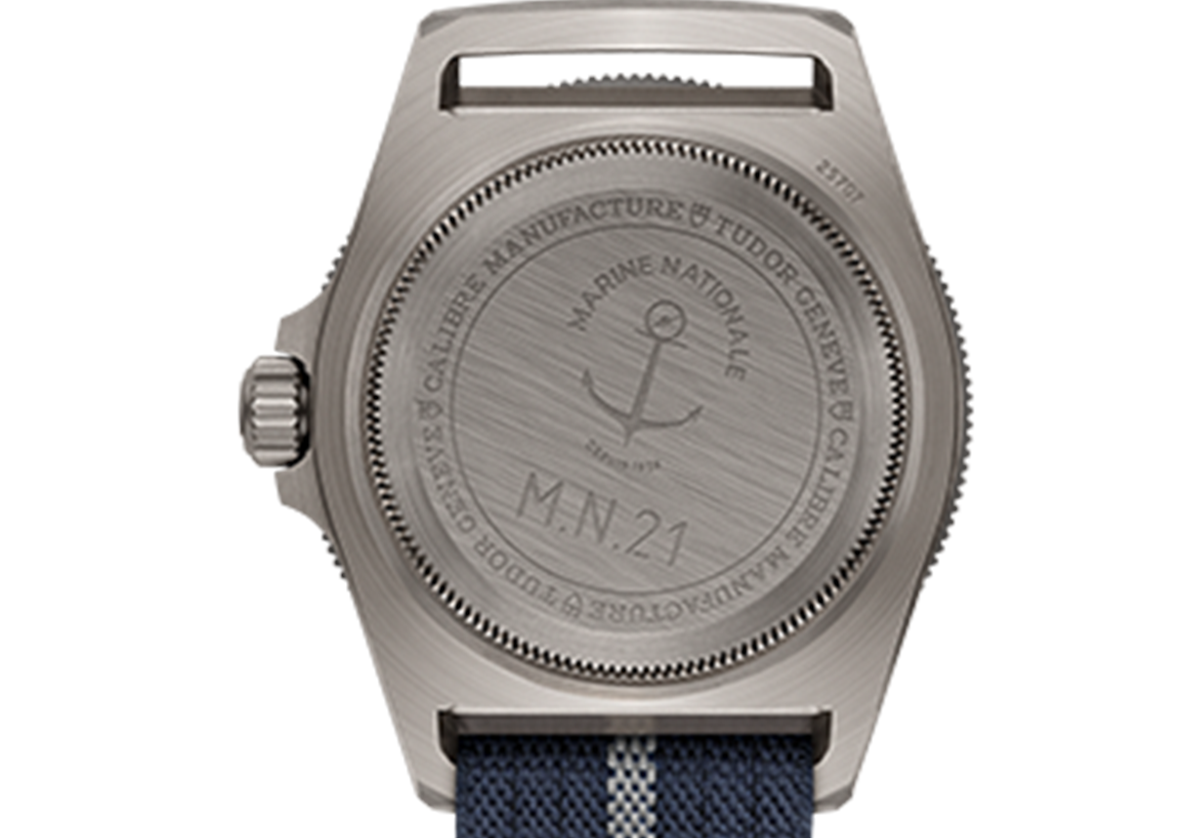 The Pelagos FXD features fixed strap bars that are machined into the main body of the 42 mm titanium case for increased robustness and reliability. Shaped as an extension of the lugs, they are key to the model’s characteristic silhouette. 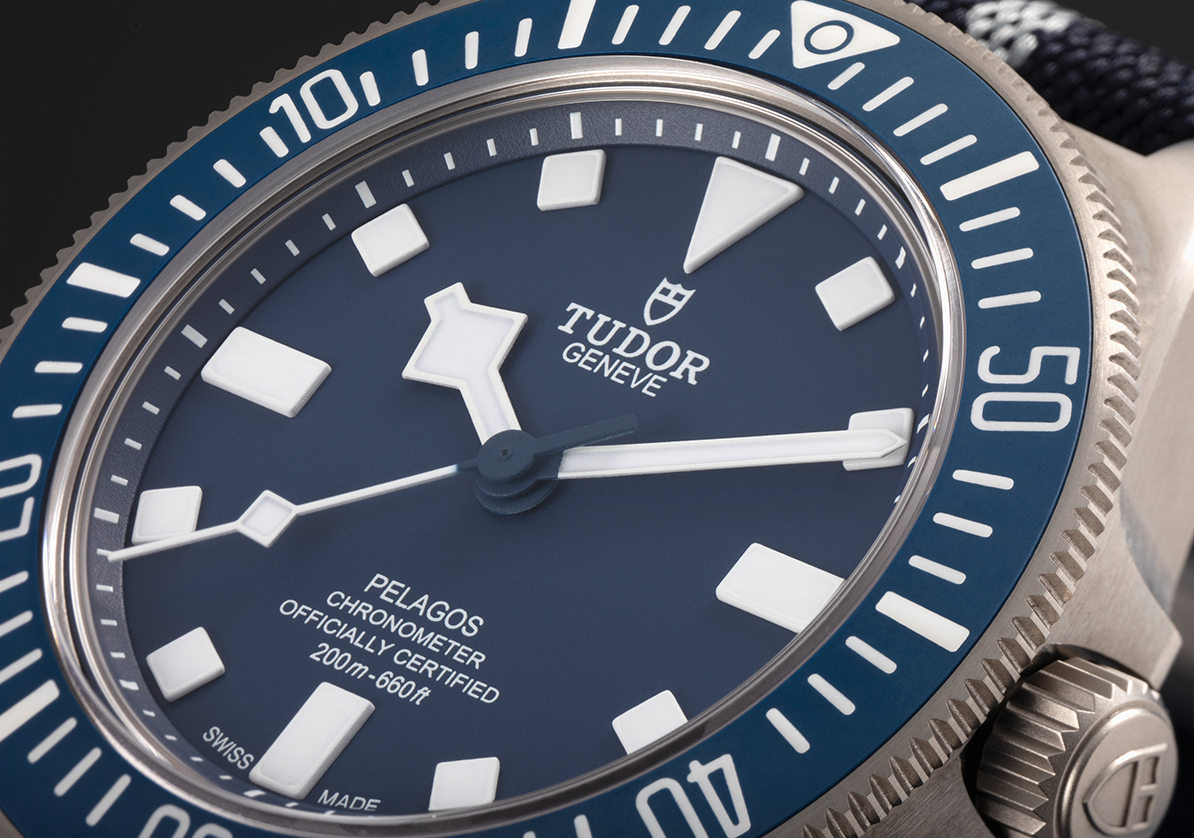 Its 120-notch bidirectional rotating bezel with an anti- clockwise graduation caters to the specific needs of “underwater navigation”, a speciality of combat swimmers. The luminescence of the bezel and its large bezel ring (which exceeds the diameter of the case for optimum grip) makes it easy to use, even with neoprene gloves and hands that are numb from long dives in cold water. 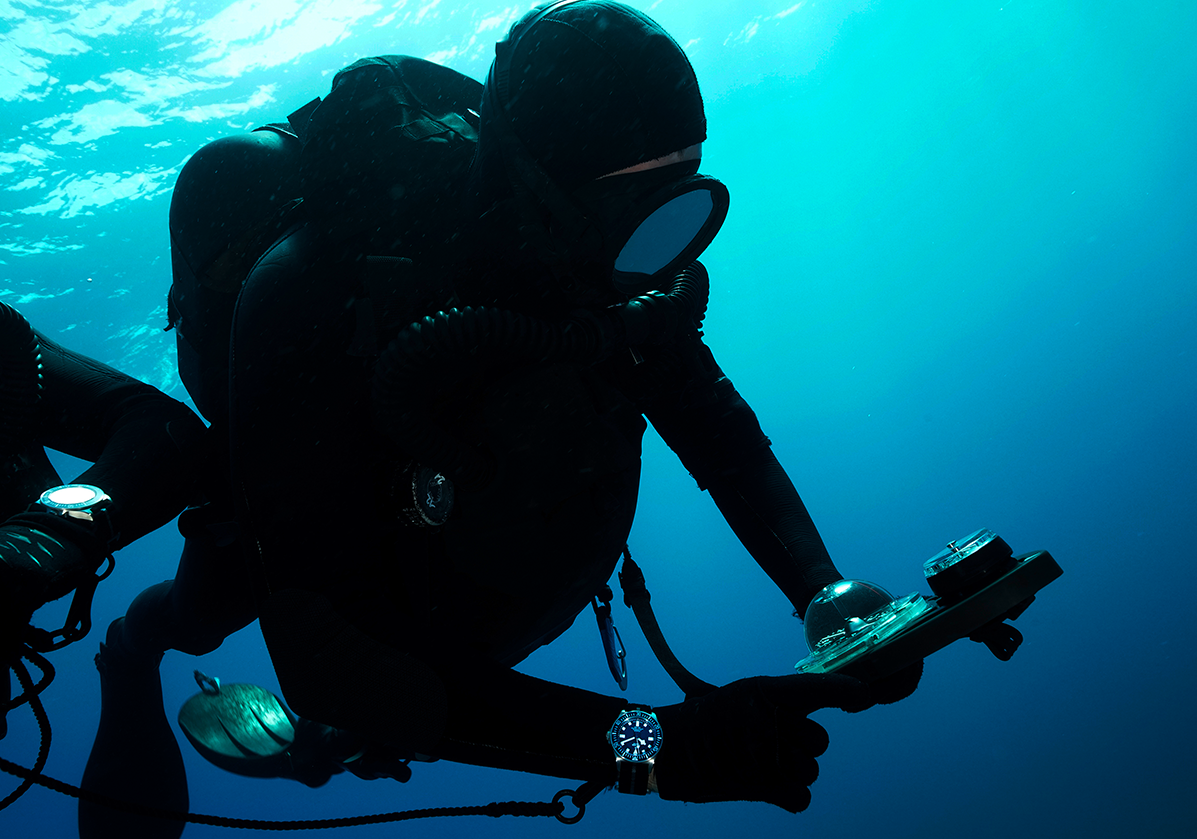 Designed for Professional Use

Its characteristic white Snowflake hands stand out against its navy blue dial, increasing the luminescence of the watch in poor light conditions. The rotating bezel also features a insert with luminescent material. The 42 mm titanium case is waterproof to 200 metres and is entirely satin-brushed to produce a matt effect to limit light reflections. 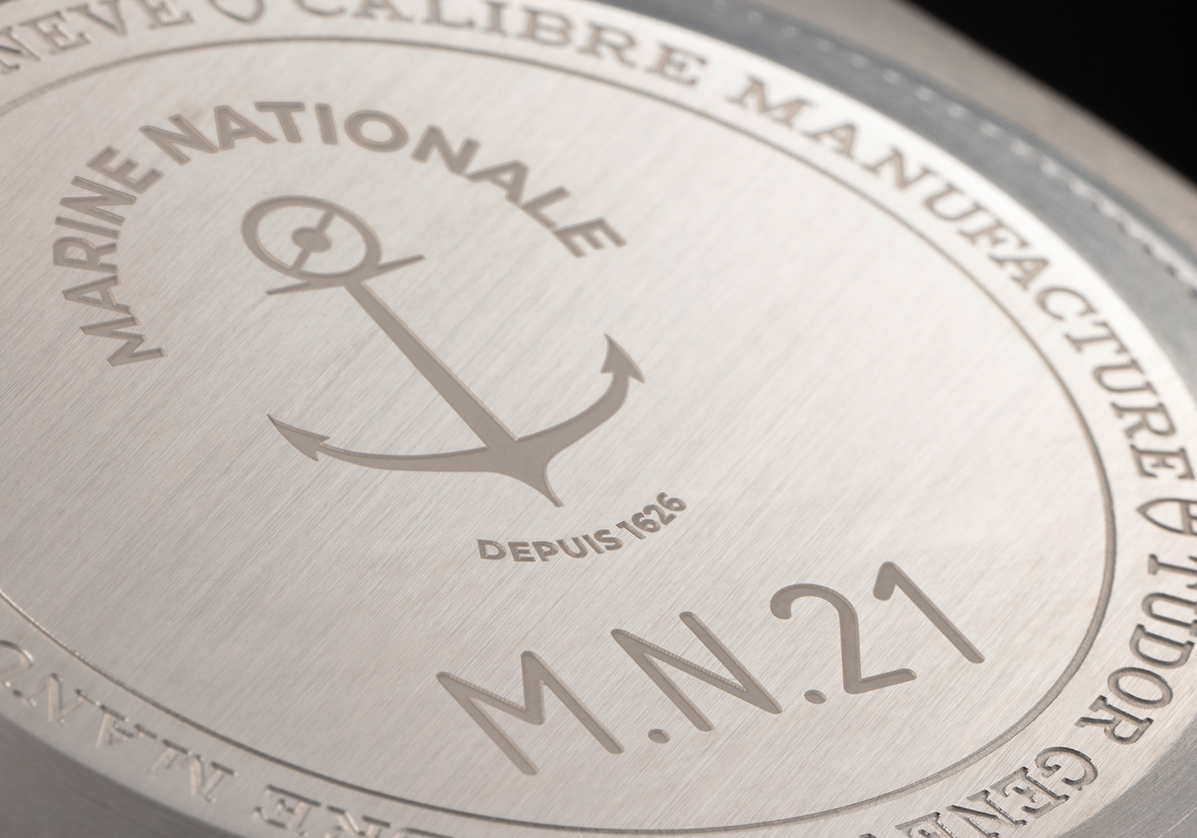 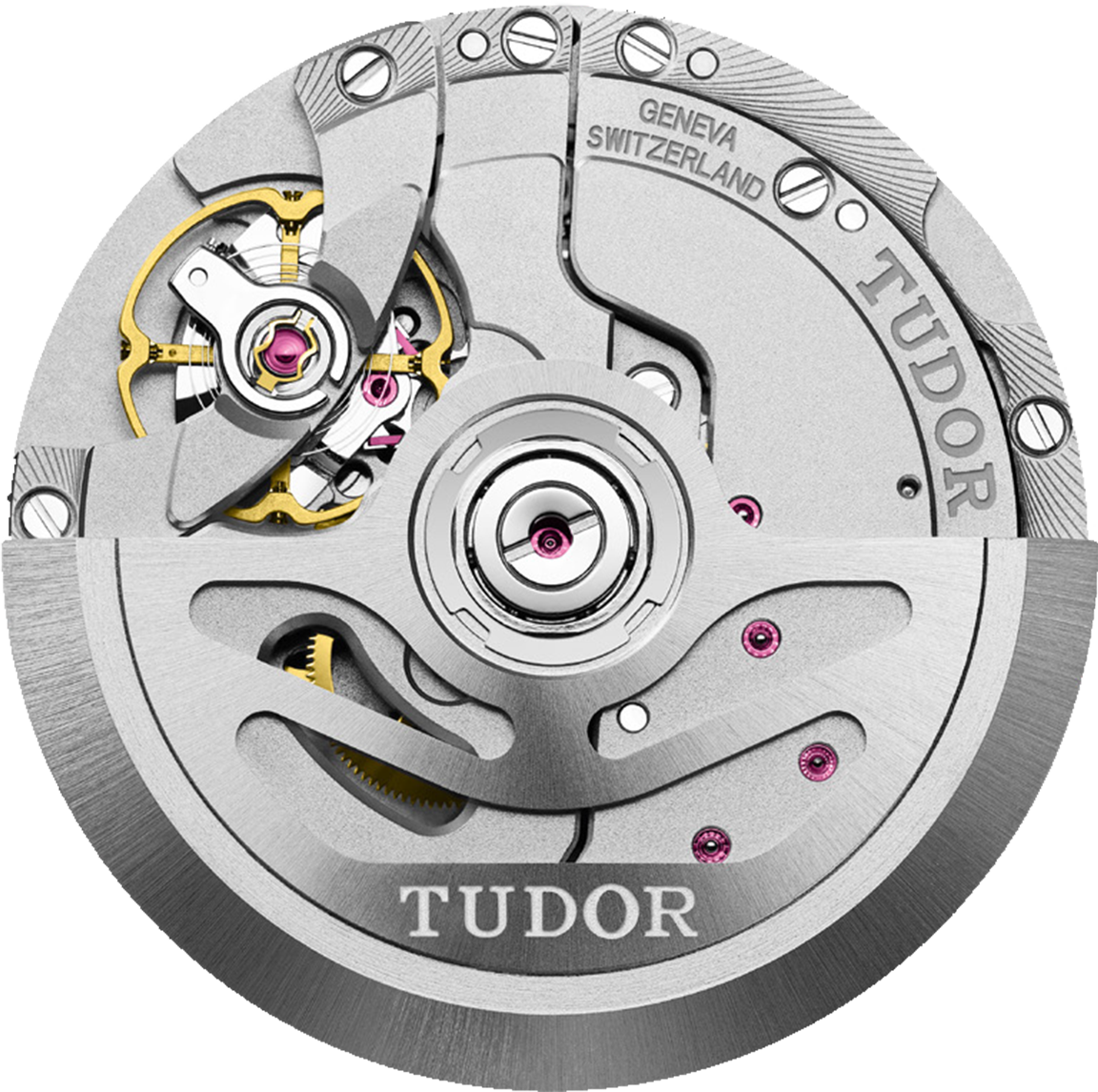 With a 70-hour power reserve, a silicon balance spring and Official Swiss Chronometer Testing Institute (COSC) certification, the Manufacture Calibre MT5602 that drives the Pelagos FXD ensures robustness, longevity, reliability and precision with a -2 +4 seconds’ variation in its daily run rate on a fully assembled watch. With TUDOR’s confidence on quality assurance, a five-year guarantee applies on all its products sold after January 1st 2020.

A Bracelet Woven In The French Navy's Heritage

Historically, the French Navy had TUDOR watches delivered without bracelets and then fitted them with their own handmade straps made from parachute elastic. The fabric strap of the Pelagos FXD pays tribute to these ultra-functional relics, inextricably linked to French military divers. Woven in France by the Julien Faure company, its manufacturing quality, robustness and comfort on the wrist are unique. A new, highly technical strap constructed by TUDOR and Julien Faure, it is adapted for the rustic nature of the French Navy divers’ work. Made of a 22 mm navy blue polyeth-ylene woven ribbon with a silver central thread, a titanium “D” buckle and a self-gripping fastening system, it adapts to different wrist sizes and is very comfortable to wear. By notable coincidence, Julien Faure has for many years woven decorative ribbons exclusively in its workshops, bearing the names of French Navy ships and forming an integral part of the legendary bachi, the red pompom hat worn by French sailors and quartermasters. An additional one-piece rubber strap with an embossed motif and buckle is also included with the Pelagos FXD. It is the first time that this very supple, comfortable strap has been offered by TUDOR. 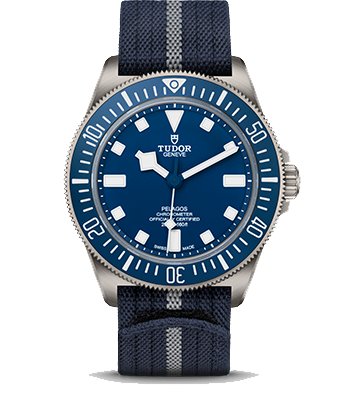 Rubber strap included in the box 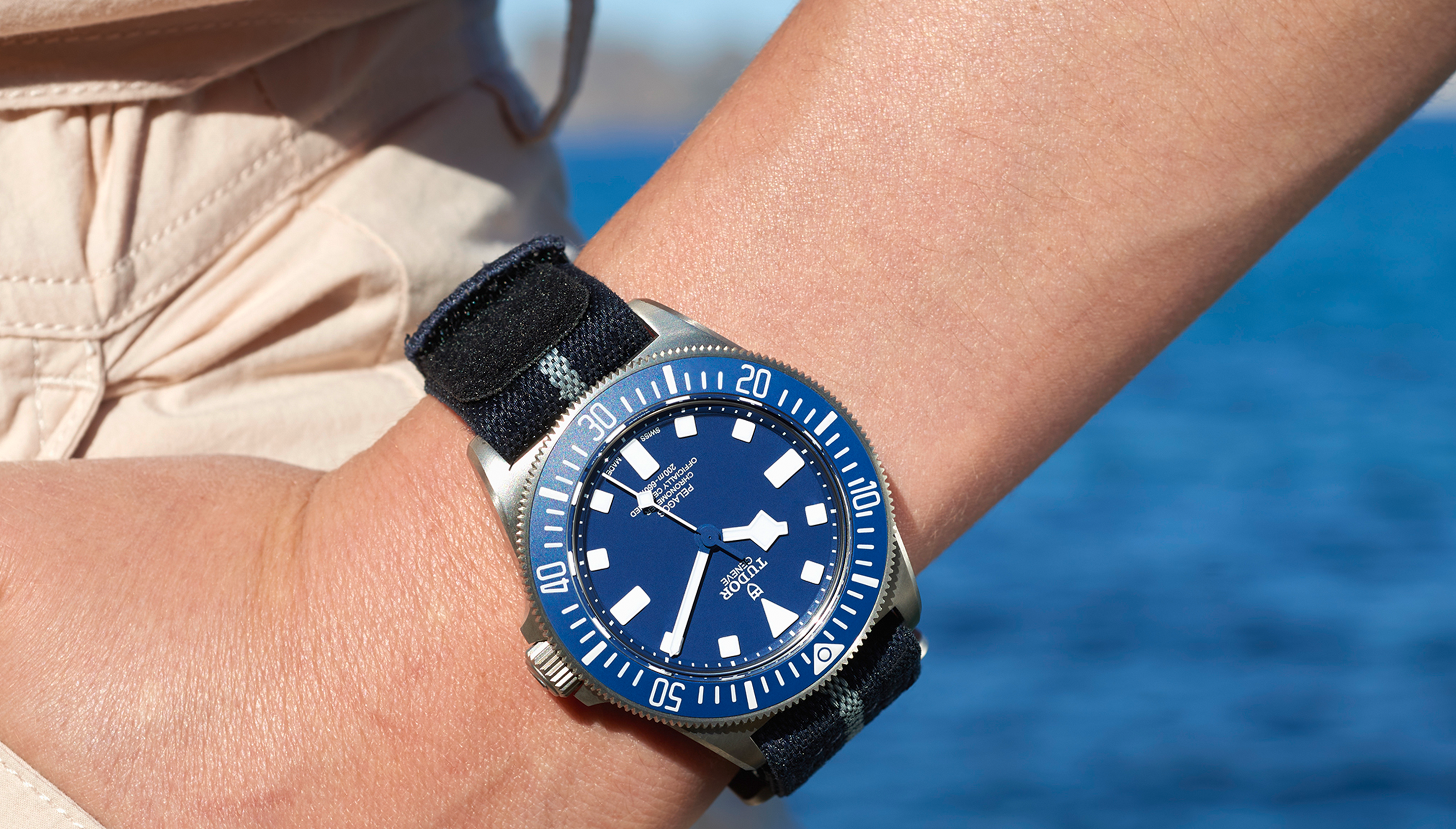 Enquire now We will inform you when this item is available for purchase. Please provide your contact details below.